Want To Avoid VIN Cloning? Get Your Next Used Car From A Dealership

If you're trying to find a good, cheap used car, you may think looking through the classifieds and buying a car from an individual is a good idea. You cut out the middleman and can get a better deal, right? But if you cut out the middleman in the form of a car dealership, you also cut out some vital security that could protect you from losing your money and being investigated by the police. The problem is vehicle identification number (VIN) cloning, and buying from a good used car dealer can help protect you from this scam.

Cloning happens when crooks take a legitimate VIN number from a car and create a fake plate with the same number, placing the fake plate on a stolen or otherwise unsellable car of the same make and model. So the VIN from the first car isn't actually physically removed from the car; it's just copied. But that means the stolen car (or salvaged car, etc.) now has what looks like a clean VIN. If you were to look up the car on a VIN history report, you wouldn't see any reports of it being stolen, for example.

What It Means for You

The problems of VIN cloning are two-fold. One is the obvious problem that you're not getting what you pay for. You think you're getting a car in great shape, but you're getting one with horrible hidden damage or a theft record. The other problem is that you're not just left with the car and its own problems. If the car was stolen, the police can take it from you, and they don't have to pay you back. What's worse is that if the police can't immediately identify you as an innocent party who was cheated by thieves, you could be investigated along with the thieves!

How to Spot It

Sometimes there are physical signs of VIN cloning. For example, if you look at all of the VIN plates on the car, you might find one that doesn't match the others. You might also find that the mileage on the car is way off considering what's on the vehicle history report. One of the VIN plates could also look damaged.

But many times there are no outward signs, and you have to trust that whoever is selling you the car has the real title and other documents, and not forgeries. If you really want to find a seller you can trust in this regard, you need to go with a legitimate used car dealership. These dealerships do not want problems that could affect their reputations, so they check out the cars they receive thoroughly.

Talk to the used car dealerships in your area about how they combat VIN fraud. Also ask them about their policies on third-party inspections as that too can help you spot signs of fraud. 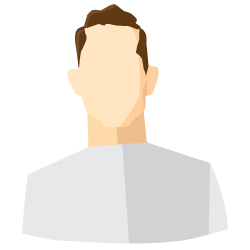 My name is Collin. I am a 42-year-old single father to a seven year-old son. When I went to buy my latest new vehicle, I was excited at the prospect of getting a new car. But as soon as I set foot on the auto lot and dealt with dealers, my excitement faded and nervousness set in. I created this website because buying a new car can be stressful. However, there are many things you can do to help improve your overall experience and make it more enjoyable. I hope that the tips I share with you will help you understand the process and prepare yourself. This way, you can enjoy the excitement of your purchase!